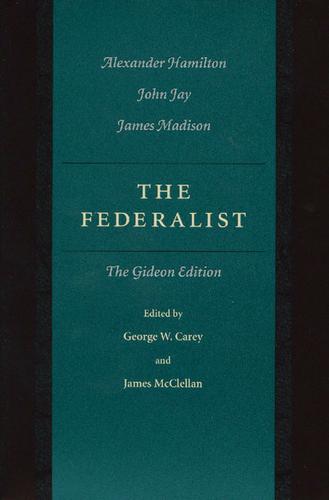 The Federalist, by Alexander Hamilton, James Madison, and John Jay, constitutes a text central to the American political tradition. Written and published in newspapers in 1787 and 1788 to explain and promote ratification of the proposed Constitution for the United States, which were then bound by the Articles of Confederation, The Federalist remains of singular importance to students of liberty around the world.

George W. Carey was Professor of Government at Georgetown University and editor of The Political Science Reviewer.

James McClellan (1937–2005) was James Bryce Visiting Fellow in American Studies at the Institute of United States Studies, University of London.

Please note: This title is available as an ebook for purchase on Amazon, Barnes and Noble, and iTunes.